It’s been almost a week since NaNoWriMo started! How are we doing?

I’m going to recap how my week’s been in this blog post. Not only have I been writing, but I was also involved in a crazy move from Maryland to North Carolina. I spent one day driving, but still managed to get some words in, I’ll get to that in a second.

So as I’m writing this, it’s the evening of Day 5. I’m just amazed that it’s only Day 5, I keep thinking there has been more days that’s passed by and I’m super behind. Fortunately that’s not the case!

The first day is always the day that I write the most. I’m super determined to write the story and I end up devoting most of my day to writing. It was a good day overall, I hit my goal within the first hour of writing and then decided to do a little more. I got to 3,000 words by the end of the day.

During the day, I took a small break and brought my dog to the park. I wanted to give her some playing time because the day before we had all of our stuff moved out of the apartment. Yeah, you read that right, I was writing on the floor and my air mattress during my first day of NaNo. Unfortunately there were no dogs at the park, so we ended up just taking a walk. It was a nice escape.

I felt really great about myself and was able to carry that over into Day 2.

My confidence continued and since there wasn’t really anything to do besides wait for the car shipment person to show up to take my car, I had a lot of time on my hands. I decided that I would continue pushing my word count so that during Thanksgiving week, I won’t have to worry so much.

This day I decided that writing on the floor hurt too much and  the air mattress was uncomfortable… so I wrote on the stairwell in my apartment. At first it was weird to write like that but after a while I got used to it and managed to hit another milestone of 5,000 words.

I solely focused on hitting my word count goal for that day because I was spending the afternoon with a couple of my friends because it was my last day! I wrote it really quick while my husband was out returning some equipment we don’t need. 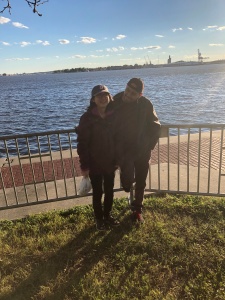 I was in the car from 5AM until 2:30PM. It was brutal. I was exhausted, but there was things I needed to do in order to keep my word count update streak going… and that was to get the internet going. I had to sign up for internet on the cell phone during the drive down. Afterwards, since we own our own modem and router, we had to find some cable to plug it into our modem and then call the company to get the signal. After all of that (my husband did it because I was trying to get our apartment in sort of order) we got internet and I quickly wrote like 300 words. It was a sad day, I wish I wrote more, but I was so tired.

Another crazy day of trying to get things sorted in this place I discovered some things weren’t working so I had to make sure that was being taken care of. Also, I thought I was getting my car today, but it ended up being miscommunication between the driver and I and it’s not coming until Thursday. So, with that being said, I had to find food on foot. That was the majority of my morning. Afterwards I got to write a little and then I took my dog out for a long walk and some play time at the dog park.

I managed to meet my word count goal for the day just before going to bed… literally a couple hours before I wrote this post. 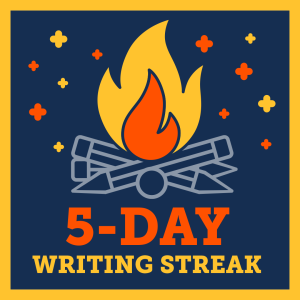 I can’t believe it’s only Monday. Tell me how you’re doing in the comments below!

I hope you all are having a wonderful start to November and enjoying either writing and/or doing your holiday shopping. Remember, books make awesome gifts and choosing a book that was your favorite to give to someone special makes it extra special.