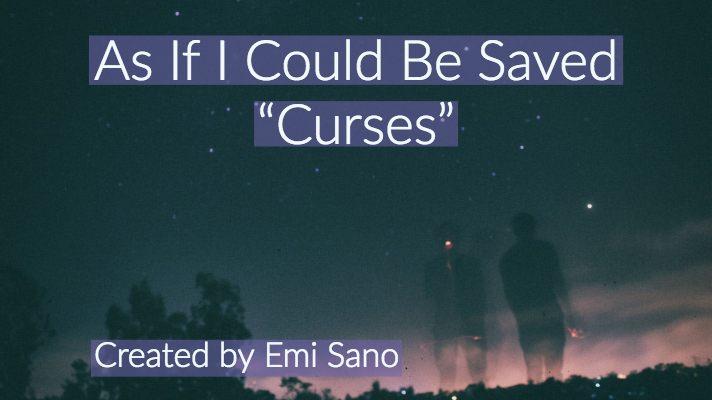 Logline: Two cursed vampires must save 1 million souls in order to gain back their mortality, but it’s not easy when they’re not the only monsters and the only ones who can help are two humans: a waitress and a paranoid shut-in.

The Curse: Constantin and Jacques were caught stealing from the wrong person: a vampire warlock who only kills criminals. The warlock had a vision of Constantin and Jacques saving souls of a million humans, so instead of killing them; he cursed them with that task. The curse came in a form of a bite. In order to maintain immortality with the strength and speed to save lives; they became vampires. The rules are simple when saving a soul one must prevent death before their time (homicide, suicide), turn a crooked man “good,” and if needed: exorcism/ stop a demon possession.

Pilot “CURSES”: Constantin and Jacques return to Boston after leaving the city 65 years ago and blends in well with the new culture. Constantin returns to the graveyard shift at the same 24-hour diner in hopes to deal with some unfinished business with a past lover, while Jacques runs off in the night trying to find any souls to save. They fall back in the same routine saving souls from dusk to dawn. When a drug addict tries to rob the diner at gunpoint, Constantin and Jacques snap into action. Two problems: they moved inhumanly fast and Constantin’s co-worker, Emily, witnessed it all. Convinced they are superheroes, Emily tells Locke about the incident. Locke warns her to be careful; that they might not be the heroes she’s imagining.

The next night after work, Emily is attacked again and Constantin rushes to save her – the only way he knows how – by draining the attacker dry. But, the attacker is no ordinary person; it is a dog that turns into a “woman”. This isn’t the first time Constantin and Jacques have faced supernatural beings, but never defeated them without killing. Jacques argues with Constantin about telling Emily the truth while she roams their time capsule of an apartment. During the argument she sneaks away to Locke. In order to keep her from telling the world about their existence, Constantin and Jacques follow Emily to Locke’s apartment.

Constantin and Jacques explain how they became vampires without mentioning the curse and why they are not bad because they save lives: 30,000 to be exact. Locke doesn’t believe the story, but Emily buys in. As the sun is about to rise, Locke is forced to let them “ground” in his light-tight bedroom. The real danger isn’t the vampires in Locke’s bedroom; someone has been following Emily. A Male shape-shifter waits for Emily to be alone, knocks her out, and shifts to look like her. He goes to Locke’s apartment to exact revenge for his dead partner. Fortunately, Constantin and Jacques weren’t harmed thanks to Emily’s Houdini skills, getting a hold of Locke in time, and Locke’s hidden stash of weapons and chains.

After finding out what a shape-shifter is from Locke’s research, Constantin comes to the conclusion that they’re harmless to humans and releases it. Constantin thanks Locke for his help in relaying information and asks if they can remain in touch with future creatures. Locke is hesitant at first, but not wanting to disappoint Emily, he accepts with one condition: no more face-to-face contact with supernatural creatures.

What’s next? The series follows Constantin and Jacques trying to finish their task, all doing so while meeting “people” from the past they couldn’t defeat. The real reason behind Constantin and Jacques’ curse is revealed. Despite being lied to, Emily and Locke continue to work with the vampires while creating a digital database of supernatural beings. Locke makes his way outside and finds a new friend: a black cat named Naomi who, unknowingly to him, is a mythical creature called a “familiar” belonging to the vampire warlock. Naomi reveals herself to the vampires and tells them she is sent to help them with their curse.

After tying up loose ends, Constantin and Jacques pack up to leave. Emily, Locke, and Naomi tag along. The road to mortality continues elsewhere with new monsters, creatures, and ghosts – oh my!

Thank you for reading my TV Pilot pitch.

The Covers That Could Have Been.