Lately, when I’m feeling like I lost my creative “mojo”, I gravitate towards watching television. It’s really bad because I watch shows that I don’t/can’t write. I feel like it does me a disservice to be sitting and binge-watching NCIS when I should be watching shows like GRIMM and SUPERNATURAL (because that’s what my pilots are more like). So, now I’m trying this new thing where I just listen to music — again.

If I weren’t so afraid to stand on stage and sing my heart out, I’d be doing that and writing music, instead of screenplays. But alas, I was not made for stage life.

My mom would say different…

The kinds of music I listen to varies depending on the story I want to write.

When I wrote A THORN, I found a lot of songs that were full of emotions and angst. It helped me get into the mood the character was in. There’s a scene in the script where I have my main character sing and play a song for her talent competition. I chose “Beauty From Pain” by Superchick. It was literally the BEST song for my character at that time, but unfortunately competitions don’t like you using copyrighted work without consent, so I had to write my own. I liked the song I wrote, but if I were ever to make that script into a film, I’d track down Superchick and be like please let me use this song — I tried before, when I was first entering competitions, they never responded. I literally had that song on repeat the whole time I wrote my final draft of my thesis.

Other times, I just throw on pandora and listen to whatever comes up. I love Alternative Music. I’m like a huge fan of the bands in that genre because their lyrics flow so well with the music they create with it. I just love the raw emotions you get from some of the bands. You don’t feel that in some of the POP music nowadays… I’m pretty sure I’m going to get some flack for saying that. I’m really not a fan of POP. I used to be, like hardcore late 90s early 2000’s POP was great. But now it’s just meh… it really doesn’t help me write at all. 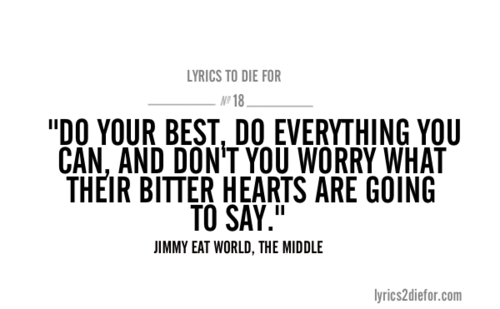 I also love listening to nostalgia music (music I grew up with). It helps me a lot whenever I write teenage characters, because I’m able to go back and remember the feelings I had when I was in middle and high school. I sometimes feel like the films that come out with teenagers, don’t exactly grasp the teenage feelings. That’s why I can’t wait for the new Bo Burnham film “Eighth Grade”. From the trailer it resembles how I remember eighth grade. Nostalgia music is just overall great to listen to because you already know the emotions that you can pick from those songs, so if you’re creating a playlist you can just add those songs in there and not have to wonder, “Will it fit with my story?”.

Certain songs spark emotion or a piece of dialogue that I’m struggling with. It’s great to be able to hear a song and go “Oh, this feeling would go well with this scene.” I’d track it down and play it on loop on youtube as I try to write the scene. Sometimes it’s not that easy and I end up just sitting and staring at my words while listening to great music, waiting for that spark to come.

I’d love to say it’s so easy for me to get my mojo back… but I’m sorry to say it’s not. I was cleaning through my files yesterday, and I encountered several half written treatments. I might get back to some of those and see if I can make something of them. They had some strong openings, so I’m not sure why I stopped. In the meantime… I’ll crank up the tunes and try to some stories/scripts written.

Oh, and what am I listening to right now? Pandora’s playlist: Beats for Studying… song right now is “Black & Yellow” peformed by Josh Vietti.

I’d love to hear your thoughts on what music you like to listen to when you write!!

Looking For My Writing Path